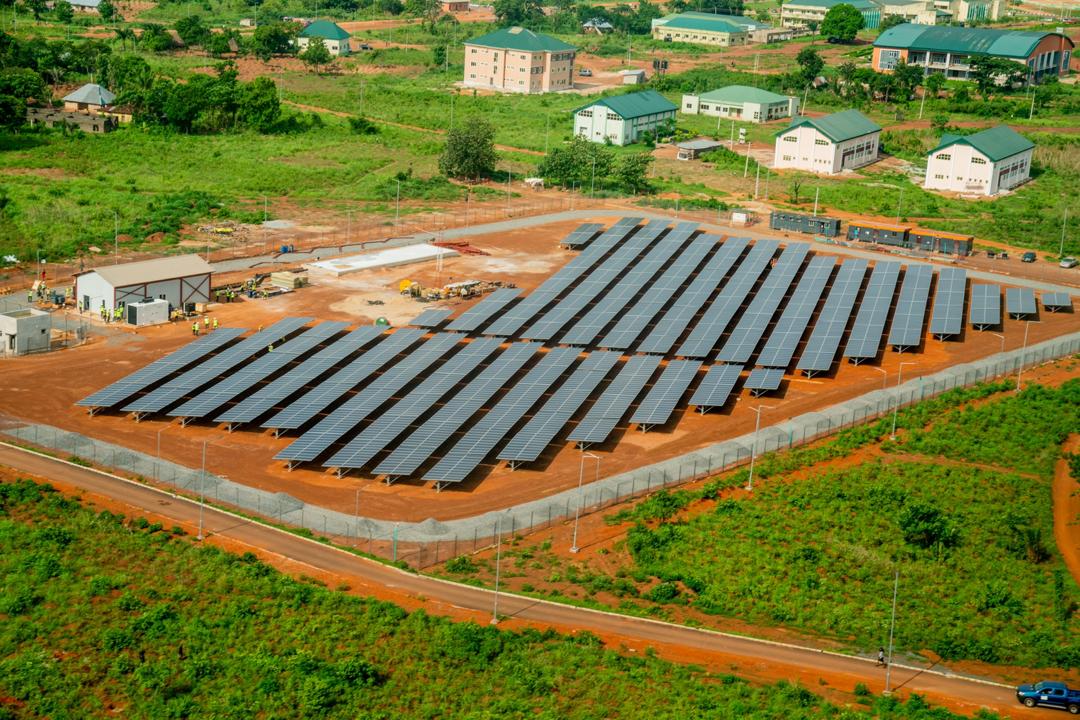 President Muhammadu Buhari would soon be at Alex Ekwueme Federal University Ndufu-Alike Ikwo (AE-FUNAI) in Ebonyi State to commission a 1 megawatt solar power plant built in the university by the Federal government.

Also to be commissioned by the president is eight-kilometre lighting along the internal roads and pathways in the university executed alongside the solar power plant.

This was disclosed by the Minister of Power, Works, and Housing, Babatunde Fashola, during the inspection of the project being implemented by the Rural Electrification Agency which is nearing completion.

Fashola said: “We are few weeks to the closure and I am sure when this is done, the president will be here to switch it on.

“This is a 1 megawatt solar plant for the university. It also comes with eight-kilometres of lighting. As you heard from project head, they have installed here 3,500 solar panels. So, we are in the last phase of the implementation.

“What this means is that the policies we have inaugurated since the privatisation on power policy are beginning to take foothold and it’s important that Nigerians understand especially when we talk in terms of what we offer on the next level,” he added.

The minister said that the initiative was one of the policy interventions of the Federal government to help, especially people in the rural communities have access to power.

He said that it was one of the projects birthed with the president’s approval of the rural electrifications strategic plan, noting that the project which is one of the first nine which the government would finish this year, was targeted at electrifying 37 universities across the country.

Fashola said that the solar power plants would be maintained by the students of the respective universities who would be trained at the projects sites.

“This is a policy now targeting education to make sure that all Federal universities, to start with, have their own power plants and involve students in the process of developing. Part of their learning also is that they can maintain and even do better things when they leave school.

“There will be a sense of continuity of policy. One of the things we have embedded in the programme from the beginning is to involve the students. So, the maintenance of this plant will be by the students of the university.

“There will be a teaching and training facility delivered with other aids. Each university model has a training site with it to involve students. So as you graduate, a new team of students take over and we will institutionalise that policy within each university.

The minister also revealed that there was a policy to energise the markets, saying that the interventions at Ariaria International Market, Sabon Gari, Sura and other markets across the country with more to come were part of the policy.