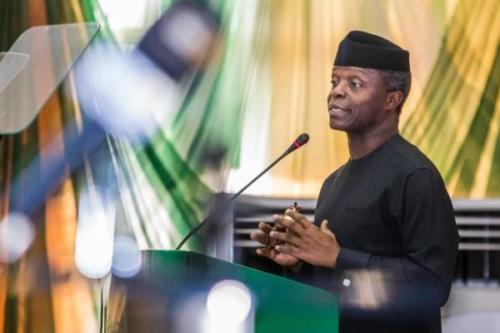 Osibanjo said that the project would benefit thousands of students and other members of the university community towards enhancing teaching, research and learning.

He said similar projects  were being implemented in 37 federal universities and seven university teaching hospitals across the country.

The project in BUK will provide electricity for about 55,815 students and 3,077 staff of the university.

Osinbajo explained that the project would also empower the girl-child and provide job opportunities, which was one of the major focus of President Muhammad Buhari’s Next Level.

She added that the EEP would provide street lighting for illumination and safety, as well as a world-class renewable workshop and training centre for each of the EEP beneficiary universities.

She said phase one of the EEP consists of nine federal universities and one teaching hospital across the six geo-political zones.

The projects, he said, would also power 2,850 street lights that would result in the decommissioning of hundreds of generators.

“The project was fully funded by the Federal Government of Nigeria and will train 180 female STEM students.

“Within this phase, there are seven Solar hybrid projects currently benefiting from funding of the Green Bond issued by the federal government.

“While subsequent phases are to be funded by the Nigerian Electrification Project which is also a federal government project administered by the REA in partnership with the World Bank and African Development Bank.”

In his welcome address, BUK vice chancellor, Professor Muhammad Yahuza-Bello, commended the federal government for citing the largest solar power system in Africa at the institution, adding that the immediate consequence will be improvement in power supply to the universities.

“This in turn would improve our productivity and efficiency. Research and Technology laboratories could be operated virtually 24 hours a day as obtained in other climates”.

Yahuza-Bello added that the station would enable the university to save about N4.5 million monthly electricity costs.

The VC appealed to the federal government to support the institution with batteries to keep its one megawatt solar power station at the old campus functioning.